Atlanta-based SoundSport team Appalachian Sound recently announced that it will cut its 2017 summer performance season short in an effort to “refocus efforts to offer a high-quality educational experience to more students in the very near future.”

The ensemble, which is the brain-child of former Cadets member Christian Stephanos, was inspired after several YouTube views of the likes of the Guardians, a former SoundSport team now competing in DCI’s Open Class division.

Stephanos discussed SoundSport with some school friends and after a trip to the SoundSport festivities hosted as part of the DCI World Championships, decided to pursue the idea further, making his SoundSport idea a reality in 2016. 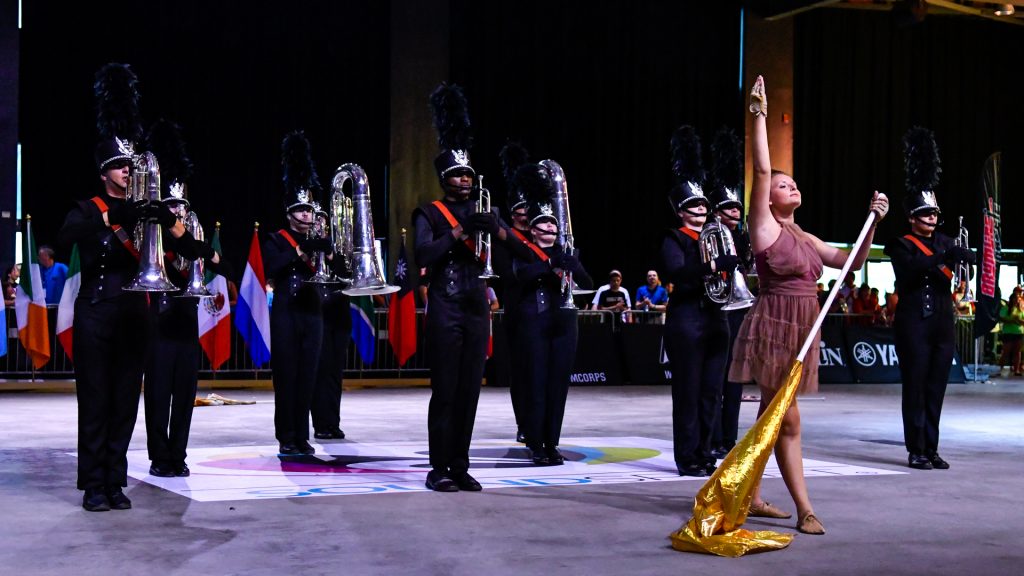 Appalachian Sound performs Saturday, August 13, during the 2016 SoundSport International Music & Food Festival at The Pavilion at Pan Am in Indianapolis, IN.

“SoundSport is a way for us to get our foot in the door with a new ensemble,” Stephanos said. “It is the most cost effective way of doing so as it doesn’t require a huge budget. SoundSport is a place for us to test out our new ideas for Appalachian Sound, will allow us to get our brand out to the public, and will let people see we don’t just exist on paper.”

Despite the time off Stephanos’ group will take in 2017, he has a positive outlook for 2018 and beyond.

“The organization remains in good order, debt-free, and healthy,” the team posted on its Facebook page. “It was difficult to make the call to end the season early, but with recent events it would not have been possible to present the quality product this organization strives to create.”

“A good thing about SoundSport is anyone can be a part of it, whether they come from an active marching band program or not,” Stephanos said. “Anyone can join and express themselves through music, which is what it’s really all about.”