Human nature is to look ahead. On to the next chapter. On where we might end up, where we could advance to. Be it a better car, a job promotion or another new experience acting as the shiny new toy ready to be played with.

The young performers of Arsenal, a SoundSport team from Albuquerque, could easily get caught looking into the future, where they may hope to one day take part in a World or Open Class drum corps. Instead, they’ve stayed focus and dedicated to their group, hoping to realize its potential.

“Switching gears from, ‘I want to be in a World Class corps’ to, ‘I am incredibly happy to be where I am now’ has been really cool,” rookie drum major Daniel Bernal said.

“Instead of working toward a goal that is a couple years ahead, which is also amazing, they have just switched gears and focused on, ‘I want to make these people proud, and I want to make this organization proud.’” 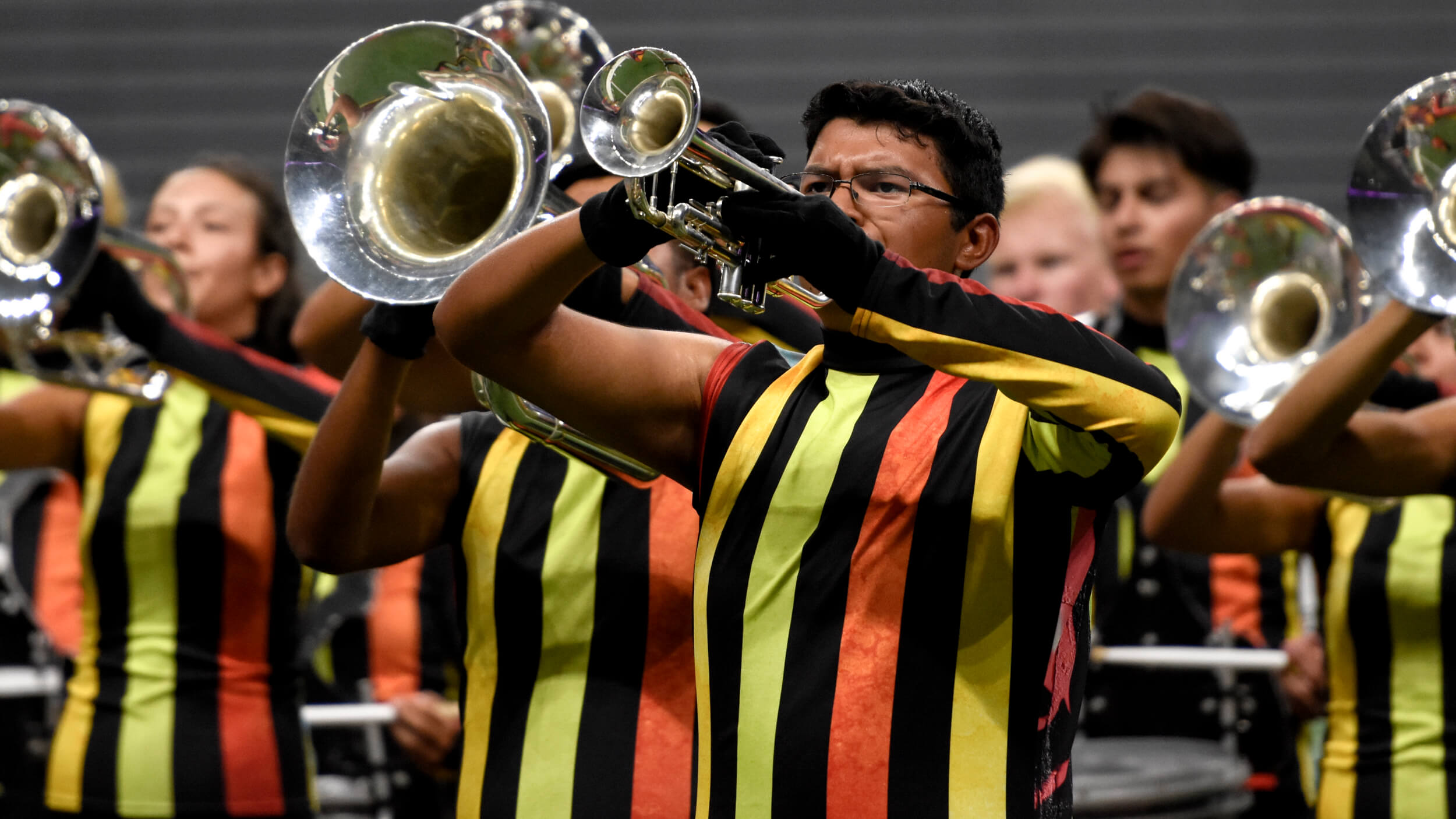 Part of the attitude shift is credit to executive director Hector Aguirre’s philosophy to treat Arsenal like a full-on drum corps by compressing an entire three-month tour into a four-week SoundSport campaign.

Arsenal began its season in El Paso, where Aguirre simulated a typical drum corps spring training and all that comes with it — the all-day rehearsals, the meals, the time spent with fellow members, all of it — for a week in West Texas.

“So the first week, for instance, we lived inside of Riverside High School in El Paso, Texas. We did our all-days in El Paso,” Aguirre said. “We fed the kids three meals a day. They got the feel. Then we had a send-off show which is equivalent to a family night.”

The ensemble’s post-send-off schedule sent the group to Mesa, Arizona for the Drums Across the Desert DCI Tour event, then to Fort Bliss, a United States Army Post in El Paso, for a 4th of July performance. It was the perfect kickoff.

From there, Arensal began building its production.

“Within the membership, each of them was like, ‘OK, we have a job to get done,’” Bernal said. “Each person had their own personal responsibility and we didn’t have to babysit them.”

After a performance at the El Paso Chihuahuas’ minor league baseball game, the corps had one final send-off show before driving to Austin for rehearsal. The culmination of their condensed month-long tour was nearing its end.

“The last week simulated basically what Finals week is,” Aguirre said. “We just locked down and started cleaning up things in the show.”

The whole season, Aguirre was building toward San Antonio. Arsenal, which followed fellow SoundSport team Compass, was the second group to perform at the DCI Southwestern Championship presented by Fred J. Miller, Inc. 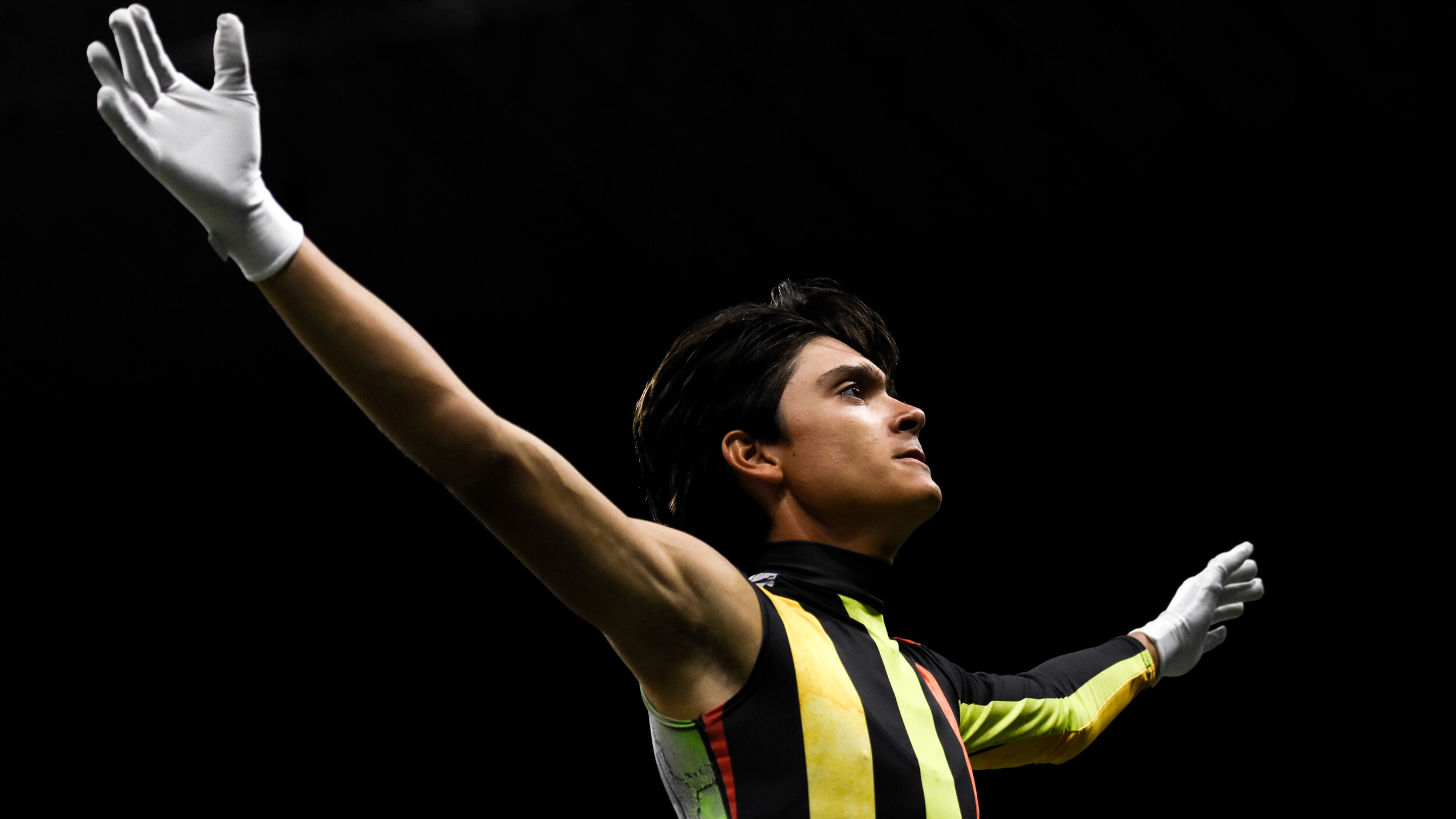 They drove down to the Alamodome early Saturday morning, rehearsed one last time in the parking lot and then prepared to give their most grand performance.

“The vibe all season has been really good,” Aguirre said. “All 45 of our members came together as one. Tonight was just more of a, ‘You know what, guys? Let’s celebrate. Let’s celebrate.’”

Celebrate they did. Arsenal wowed the crowd, excelling in their season’s culmination. With his heart still racing, Bernal walked off the Alamodome turf and reflected on the season and the beginning of his journey with Arsenal.

“I’m glad,” he mused, “to have had my first season of drum corps in a SoundSport team, to have had the pleasure of that being with Arsenal.”