We are pleased to announce the judges for SoundSport Murfreesboro, held at Johnny “Red” Floyd Stadium on Friday, July 24th, 2015: 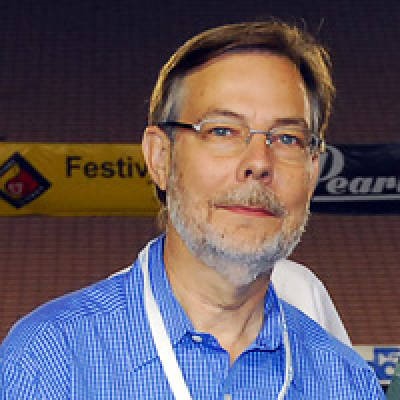 Jay Kennedy holds the position of Vice President for Academic Affairs/Vice Provost at Berklee College of Music in Boston.  He received the Doctor of Philosophy degree from Boston College, and the Master of Music and Bachelor of Music Education degrees from Northwestern University.

Jay’s involvement in marching arts activities spans more than 30 years and has encompassed numerous aspects.  He is an active adjudicator for Drum Corps International, Bands of America, and World Guard International percussion competitions, and has also served as percussion caption chair and judge administrator for Drum Corps International.  From 2002-2011, he served as brass arranger for the Boston Crusaders Drum and Bugle Corps and also as program coordinator for the last four of those years.  In his early drum corps days, he was a brass and percussion instructor for the Cavaliers.

For many years, he has been an active arranger for marching bands and drum corps, including US Army All-American Marching Band, University of Tennessee-Martin, Santa Clara Vanguard, Spirit of Atlanta, Jones Jr. College (TX), and Aliso Niguel High School (CA).  He composed the main title themes used on the DVDs of the Drum Corps International world championship contests.  For his longtime contributions as an adjudicator, judge administrator, educator, arranger, and composer, Jay was elected to the Drum Corps International Hall of Fame in 2007.

Jay’s music has also been heard in feature films, including Wayne’s World, Electric Horseman, Fast Break, and Lethal Weapon 2.  A veteran of the recording industry, Jay has written and produced music for Little Richard, Sheryl Crow, Siedah Garrett, James Ingram, Patti Austin, Stanley Clarke, Brenda Russell, and Dave Grusin.  He was a Grammy Award finalist in 2002 for arrangements on the recording, Virtuosi, by Gary Burton and Makoto Ozone.

In early stages of his career, Jay held the positions of Assistant Director of the Marching Band and Director of the Jazz Ensemble at Northwestern University.  As a percussionist, he performed on numerous television and radio commercials, television and motion picture soundtracks, with the Chicago Symphony Orchestra, and for several years, was the house drummer for the Wisconsin State Fair back-up band.  He arranged music for musical revues at Radio City Music Hall in New York City and for various artists performing in Las Vegas and on The Tonight Show with Johnny Carson.

Jay remains an active composer and arranger and his works include published compositions for concert band, percussion ensemble, and marching band.  He has been awarded the ASCAPLU$ Award each year since 1995 for regular performances of his compositions by high school and college ensembles.

Starting her drum corps career as a member of the Norwood Park Imperials from Chicago, Marie Grana-Czapinski has made her mark in the marching arts activities as a top-notch visual adjudicator, from color guards to marching bands to drum corps.

At the young age of 18, Czapinski made the transition from corps member to instructor with the Imperials. Soon after under the tutelage of DCI Hall of Fame member Earl Joyce, she learned the ropes of judging as part of the Central States Judges Association.

In the early 1970s under the mentoring of DCI Hall of Fame member Donald Angelica, Czapinski worked with a variety of corps including the Finleyville Royal Crusaders, Seneca Optimists, Madison Scouts and Spirit of Atlanta, in the process gaining valuable insights as both an instructor and a judge.

“While they were teaching corps together, Donald gave Marie the opportunity of a lifetime for a young judge,” husband and 1999 DCI Hall of Fame inductee Gary Czapinski said. “He assigned her to the DCI World Championship judging panel in 1976 and she has never looked back. She was natural as a judge and was immediately accepted by the DCI community in the dual role of instructor and judge.”

Since that first opportunity in 1976, Czapinski has been a regular fixture on adjudication panels for the DCI World Championships and other major regional contests.

As a judge, Czapinski is noted for her ability to communicate clearly and concisely, the instructor at heart always eager to give the competing corps constructive feedback to improve future performances.

“Marie is widely respected for her knowledge, enthusiasm and honesty in her interactions with every drum corps, regardless of their level of accomplishment,” fellow DCI judge Nola Jones said. “The last place drum corps enjoys the same attention and boundless energy that she gives the first place corps.”

“Marie’s judging tapes will always be memorable and are always in demand by the corps members to listen to after a performance, as she talks to them, cheers for them and encourages them to dig down and give their best consistently,” Santa Clara Vanguard CEO Jeff Fiedler said. “Her insight, questions, and commentary are respectful and beneficial to the corps, yet ask you to dig deeper as a designer, instructor or performer to maximize the performance,”

In more than 40 years as part of the judging community, Czapinski has served on various committees and subcommittees to revise and improve DCI’s judging systems, as well as educate new and current adjudicators. With a penchant for continually educating herself with the latest skills and proficiencies in an ever-changing activity, Czapinski is one of only a small handful of judges who are qualified to judge every one of Drum Corps International’s visual captions.

“Marie has been integral in mentoring countless new judges and was continually on the lookout for emerging talent to join our ranks,” DCI Judge Administrator John Phillips said.

As she once was by the likes of Hall of Fame greats like Gary Czapinski, Rick Maass, Earl Joyce, Donald Angelica and others, Czapinski has in turn advised and inspired a whole new generation of instructors and judges. 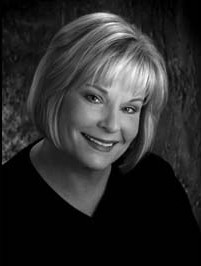 Dr. Nola Jones is the Coordinator of Visual and Performing Arts for Metropolitan Nashville Public Schools in Nashville, Tennessee. Her duties include instructional supervision of four hundred professional arts education specialists, curriculum planning, and implementation of Music Makes Us. Music Makes Us is a public/private partnership among Metro Nashville Public Schools, Nashville Mayor Karl Dean, and music industry and community leaders in Nashville. Its purpose is to ensure Metro Nashville Public Schools is a worldwide leader in music education, bringing the resources of the Nashville music community together to enable participation and foster student success for all of its 81,000 students. Dr. Jones maintains an active schedule as a guest conductor, adjudicator, and clinician for concert bands, marching bands, and honor ensembles. She has appeared nationally in 38 of the United States and internationally in Canada, Japan, the Netherlands, and Singapore. At the request of NAfME, she was Director of the 2010 and 2011 US Army All­American Band, performing at the NBC televised US Army All­American Bowl in San Antonio, Texas and served on its Blue Ribbon Committee to write National Standards for Marching Band. She has judged for WGI, Bands of America and Drum Corps International and currently serves on the DCI Judge Liaison Team for the music caption. Dr. Jones received the Bachelor of Music Education degree from Mississippi State University and the Master of Music Education degree from Mississippi College. She received her Doctorate of Musical Arts in Conducting from the University of South Carolina where she was a student of Dr. William J. Moody.