LakeShoremen find their niche in SoundSport

LakeShoremen, a SoundSport team based south of Detroit, Michigan, has taken on many forms in the marching arts since the early 2000s.

An extension of a local drum line named Mavericks, the ensemble got its start in 2002 performing in parades. After a stint as a Drum Corps Associates (DCA) all-age corps from 2005-2009, the ensemble has more recently reinvented itself as both a SoundSport team and a WGI Winds group.

Director Zachary Novicki, a former marching member of LakeShoremen, says that his group has witnessed tremendous growth since getting involved with Drum Corps International via SoundSport.

“Once we said we were going to start doing something, people started showing up to audition,” he says. 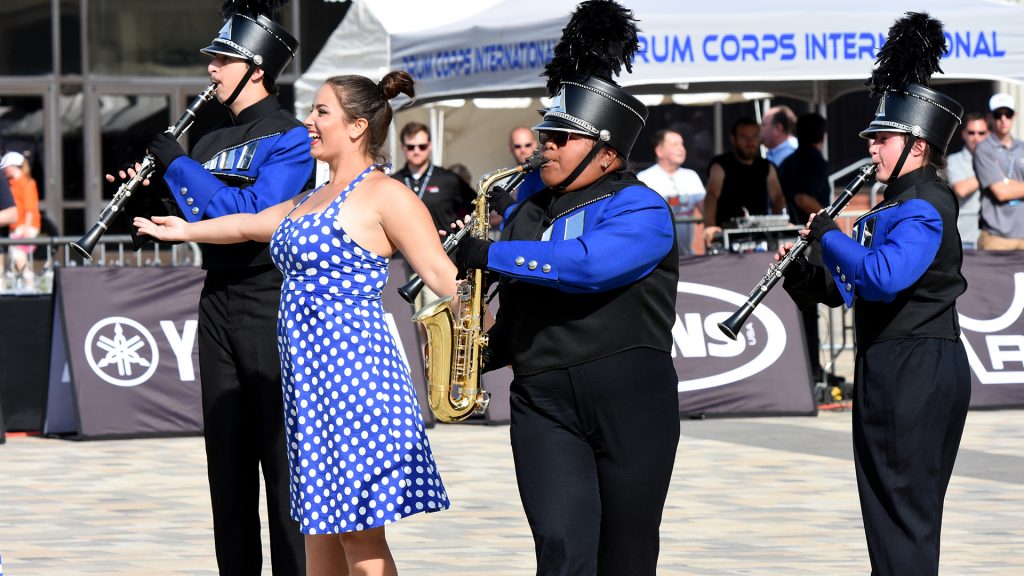 LakeShoremen perform on Pan Am Plaza in downtown Indianapolis in August of 2015.

The past two years, LakeShoremen performed in Indianapolis as part of the annual SoundSport International Music and Food Festival, also performing last year at a SoundSport event in Whitewater, Wisconsin.

Novicki, who found out about DCI’s newest performance division via the Internet, said SoundSport has been a great way to introduce many of the group’s members to the world of drum corps.

“My favorite part the past two years was watching our members experience drum corps for the first time,” he said. “Watching their heads ‘explode’ was quite special.”

Novicki says that while his group may look to expand in the future into a fully-formed drum corps, for right now, “SoundSport gives us the opportunity to grow, creating better people first and foremost, and better performers secondly.”