Building upon the wildly popular SoundSport® and DrumLine Battle™ events now in their sixth year, the event will feature more than 35 ensembles from the U.S., Canada and around the globe competing in downtown Indy the morning and afternoon of Saturday, August 11.

“While catering to groups of all shapes, sizes and instrumental configurations, SoundSport continues to be instrumental in bringing new groups and talent to the worldwide Drum Corps International stage,” said John DeNovi, DCI Senior Director of Global Business Development. “With its low-cost and low-barriers to entry, we continue to be excited to see the expansion of this program through this wide-ranging series of events.” 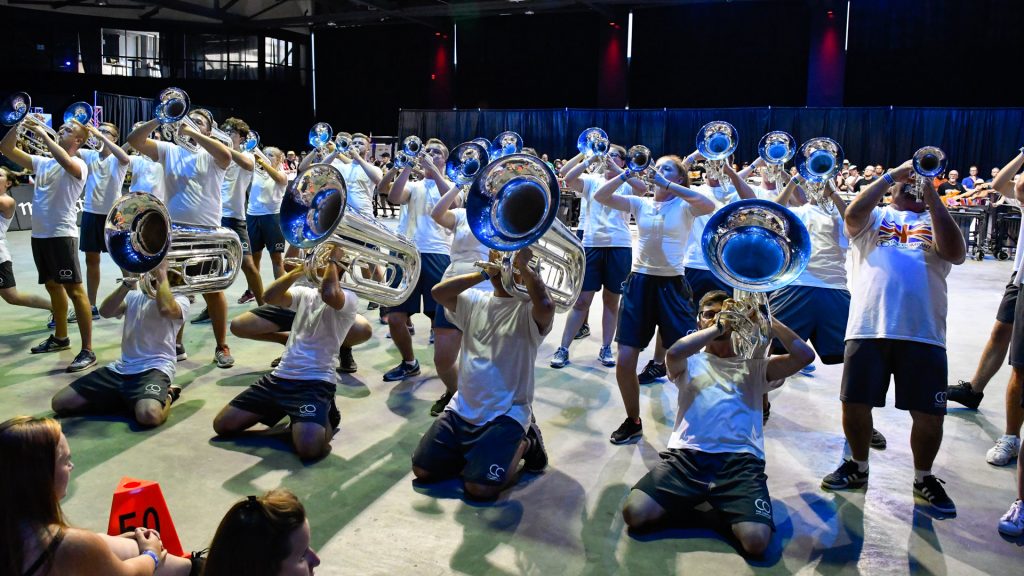 This year’s festival return to the streets of Downtown and will spread out the action over three stages around Pan Am Plaza, located right in the heart of downtown Indy.

The SoundSport action will once again be housed inside the Pavilion at Pan Am. Once the home of the Indiana World Skating Academy, the facility has been completely renovated in recent years into a multipurpose indoor performance theater and event space. With stage lighting, video screens and 900-seat bleachers with 360-degree standing area views of the performance floor, this intimate venue is one of the most exciting stages we’ve used for SoundSport events around the world.

Admission to all performances as part of the family-friendly SoundSport International Music and Food festival will be free and open to the public on Saturday, August 11.

“Take in the fantastic performances, try some local food or even participate in an interactive drum circle,” DeNovi said. “There’ll something for everyone to enjoy at this year’s event.”

Performance slots and vendor spaces are still available for 2018! Email perform@dci.org for additional information and to sign up today!