Drum Corps Europe and Drum Corps International are pleased to announce the dates for the 2016 Indoor Music Games and SoundSport events. 2016 will see four events in four different countries. The dates and places are:

Each show will feature two sections, firstly the highly successful Drum Corps International SoundSport category, followed by the Indoor Music Games section. Both formats are aimed at encouraging new or former bands/corps to form/reform and get involved in the activity, at a level that is more achievable for them at this point in time. It can also be used by groups who are going through a rebuilding process as the demands are less than that of normal marching band/drum corps competition. Groups have to have a minimum of just five members. All shows will be held in venues similar to those used for winter guard events, although the season is a spring activity with events running from February until May. This allows groups who wish to go on and compete in the summer season to do so. 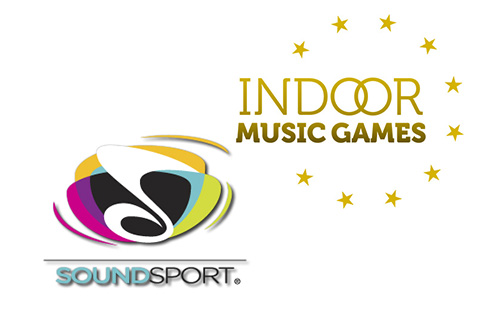 DCE Chairman Marcel Matthijsse explained “By combining the Indoor Music Games and SoundSport into one event, we feel that we have catered for every group that wishes to compete in the indoor activity. SoundSport will continue to use the system that proved so successful at our pilot show in Bristol last March (i.e. the gold, silver, bronze system) where the main criteria is entertainment. IMG will use a linear scoring system, similar to that used in the European Music Games during the summer. Groups in this category will be expected to perform a full marching show and will be marked accordingly.”

“We’re excited to expand the SoundSport concept to Europe through this series of events,” said John DeNovi, DCI’s senior director of global business development. “SoundSport was created to allow groups of all shapes and sizes worldwide the opportunity for a low cost, low barrier to entry marching music experience that meets the needs of participants while placing a significant focus on audience engagement and entertainment.”

All groups will perform in the same arena and there will be one results ceremony at the end of the show where the results of both sections will be announced. Registration for these events will open next week through the DCE website. Further information is available from Andy Hewlett at andy@drumcorpseurope.org.