While the DCI World Championship Finals didn’t officially start until Saturday evening, the sound of music was already filling the Indianapolis air by mid-morning as SoundSport arrived on Pan-Am Plaza.

A row of bleachers was erected in the spacious lot and fans quickly filled the stands to cheer on eighteen of the best musical ensembles the young activity has to offer.

Founded in 2013, SoundSport offers an opportunity for groups of two to fifty members to perform on a smaller scale, and, in some cases, eventually grow into full-fledged drum corps.

“This setup is awesome,” said Sean Peck, director of the Sonus Brass Theater, a SoundSport team from Prince William County, Virginia. “We saw this as a kind of fun opportunity to create a new performance group to take advantage of small numbers. And we had a lot people who just wanted to play, so this is the perfect venue for us.“

An important element of SoundSport is audience engagement, something Sonus Brass Theater excels at. The group was named Best of Show at a SoundSport event in Atlanta earlier this July.

“When we have our first meeting of the year, I always tell the members that our number one priority is to have fun in what we do,” Peck said. “We want to always get better at it, but if we’re not having fun as performers, then why are we doing this activity?”

SoundSport is open to all age groups, so former drum corps participants, like many of the members of Sonus Brass Theater, can march alongside young performers who may not have even reached their teenage years.

One team, the Diplomats from Windsor, Ontario, featured performers as young as eight years old. 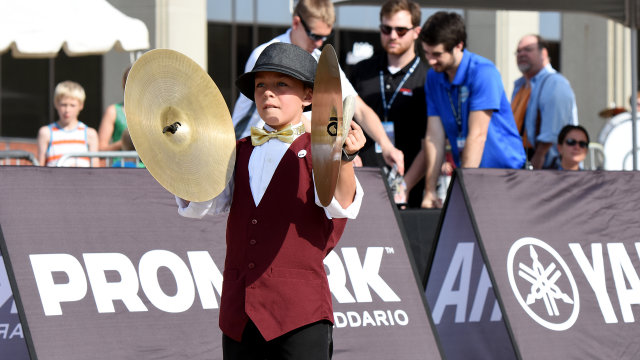 “Most of our corps members are still in grade school,” said Diplomats drum major Shayla Hudson. “I feel that it’s really constructive, in our corps, because we’re trying to inspire them to keep going and they’re growing so much.”

Despite their youth, Hudson has seen her team grow by leaps and bounds as she’s worked with them.

“They started not being able to play any instrument and not being able to march, and they just blossomed into these beautiful performs and marchers,” Hudson said. “It’s really inspiring to see the next wave of kids going into drum corps.”

It’s not just the performers who are growing. SoundSport itself is growing as well.

In the first year that SoundSport was held in conjunction with World Championships Week, three groups participated. The next year, that number grew to five. But this year, the event has nearly quadrupled in size.

“The total numbers of performers is way up, the geography of where they’re coming from has expanded, and the number of sponsors have increased,” said SoundSport co-founder John DeNovi. “Everything is moving in the right direction.”

DeNovi expects to see even more growth in the future, not just in the United States, but across the globe as well. Groups from four countries participated in Saturday’s event including the United States, Canada, China and Taiwan.

“We want to continue to become more and more international,” DeNovi said. “We’d like to stage more events in more places, and create more opportunities for people to come to Indianapolis and be a part of this throughout Finals Week.” 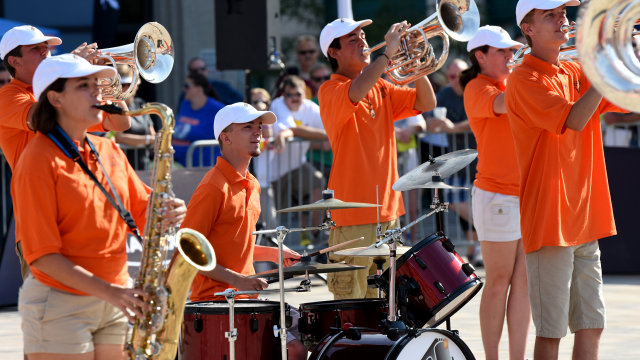 Achievement levels were awarded to each group on Saturday in Indianapolis, an indicator of the team’s success in meeting specified adjudication criteria. Of the eighteen performing groups, Best of Show was awarded to the Calgary Stampede Showband.

(All teams All-Age, Under-50 class unless otherwise noted)