Pushing triple digits outside in San Antonio, the place to be was inside the Alamodome on Saturday as two SoundSport teams took the stage at the DCI Southwestern Championship presented by Fred J. Miller, Inc.

While SoundSport is all-encompassing allowing participating teams of just about any size to use any combination of instruments, both teams performing on the 30-by-20 yard field in San Antonio were essentially mini drum corps. 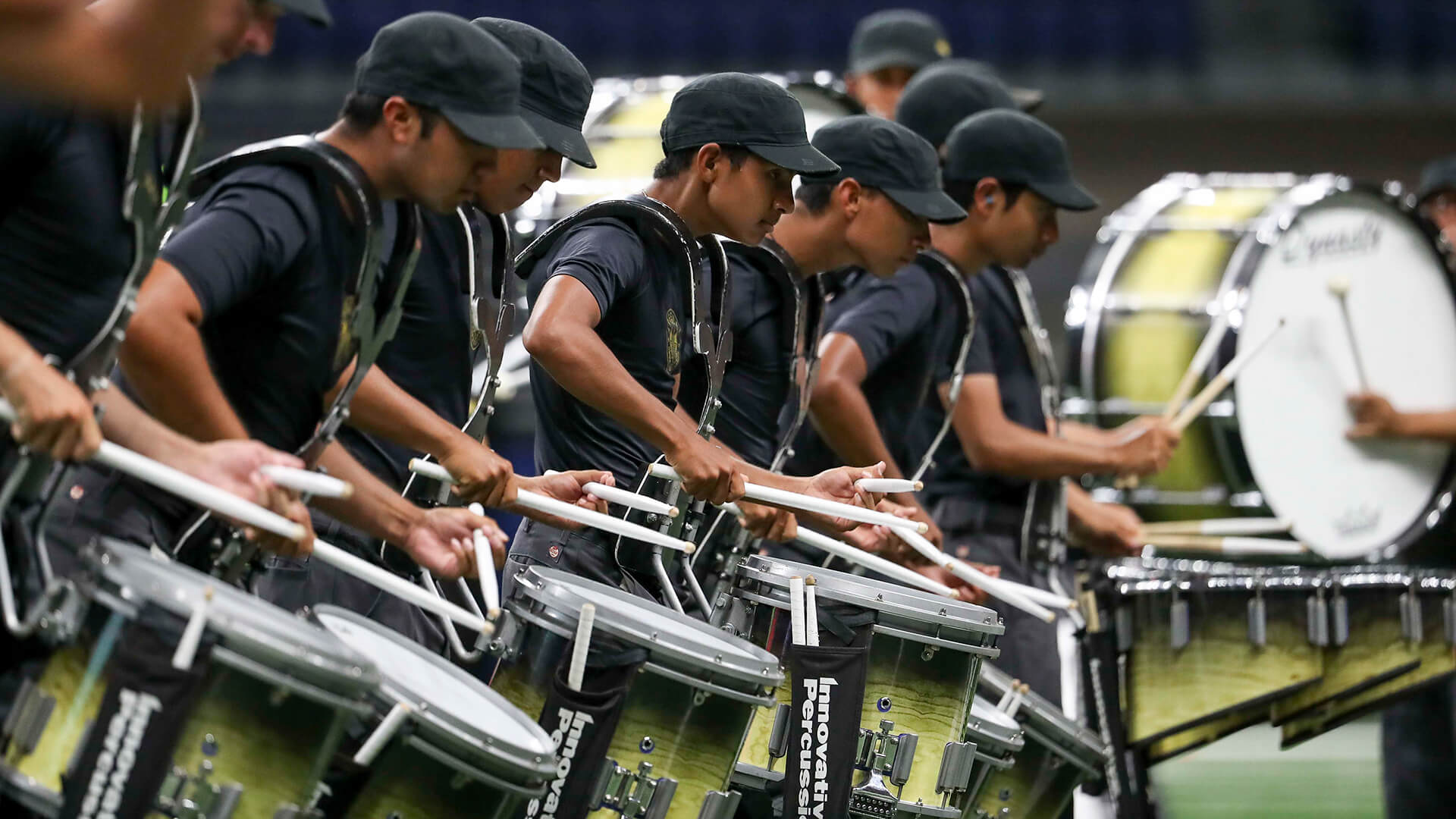 Arsenal, earning “Best of Show” honors with a silver rating in the Youth Under 50 category, was a new unit in 2016 and had 33 members its first competitive year of 2017. This past summer witnessed the addition of a color guard and front ensemble percussion section, bringing the group up to 49 members.

The team’s production, “Skyward,” focused on the soaring spirit of flight. Director J. Spenser Lotz proclaimed the theme to be a metaphor for the corps itself, “as we’re looking to be successfully evaluated as an Open Class corps next year.”

Lotz added, “We don’t have anything like this in New Mexico, so this is a real blast for our kids. A big selling point for our members was getting the chance to march on the same field in San Antonio as the top drum and bugle corps they all love and have watched for years. They get to claim that field just as much as their drum corps heroes.”

Compass is a new SoundSport team from Midland, Texas.

Compass received a silver rating in the Youth Under 50 category with its performance of “Maelstrom,” based on music of a rather unsettling quality reflecting the threatening nature of a major storm. Dark and ominous-looking flags evolved to bright banners that proclaimed the corps having made it through the turbulence.

“This is our first year,” Compass director Josh Bailey said. “We have 50 members and many of them had their first drum corps experience ever when we performed at the Belton, Texas DCI show earlier this week.

“Some of our members don’t have the time or funds to march in a drum corps, so SoundSport allows them to march and be part of the drum corps community. They were excited to perform in a big venue like the Alamodome and loved lighting up the stadium.

Compass member Julian Wiegand said that it was exciting to hear the applause of the audience after playing his solo, a feeling he described as being “absolutely wonderful.” 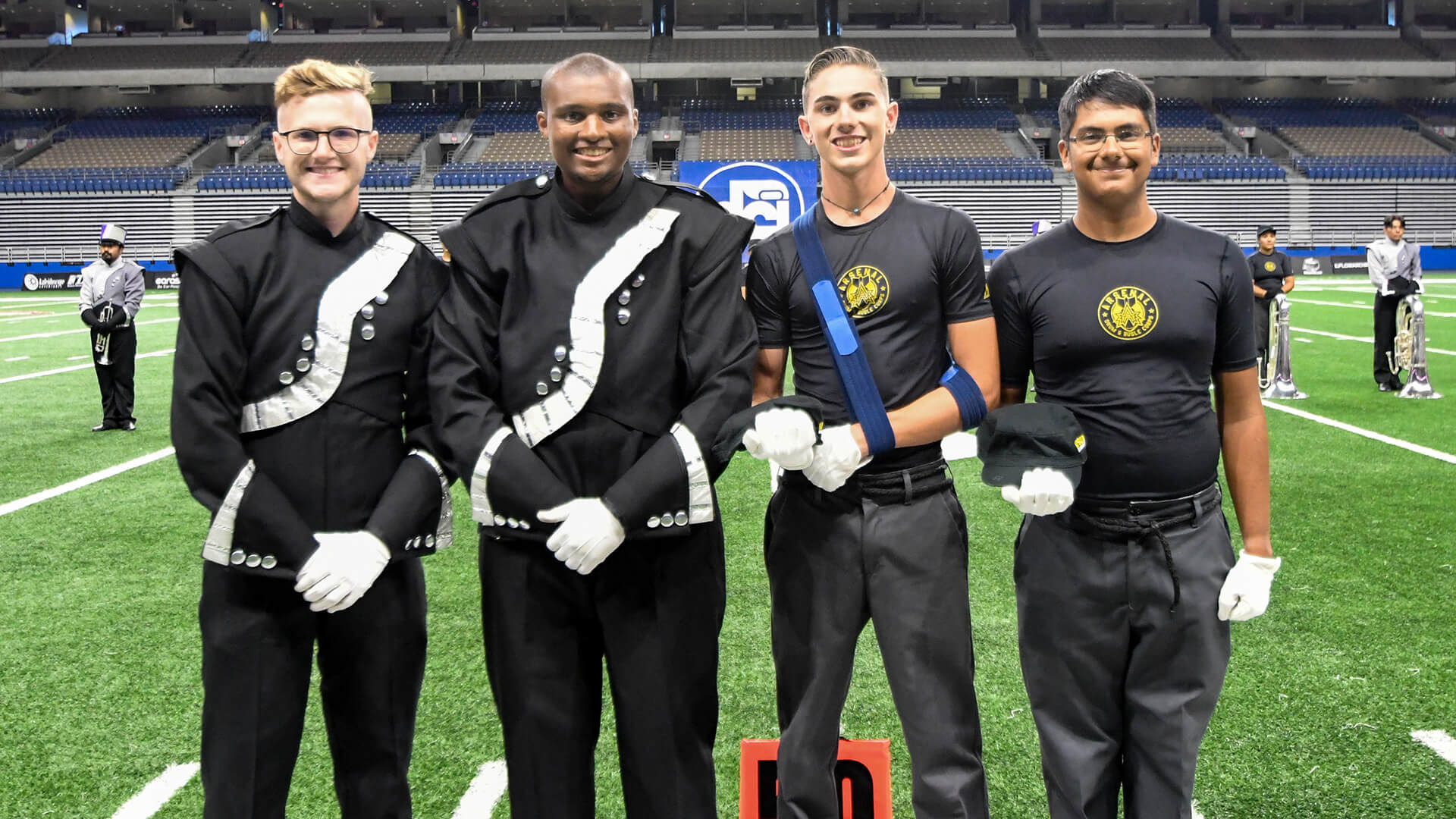 Compass and Arsenal drum majors on the field of the Alamodome.

Prior to the announcement of today’s SoundSport results, both teams gathered on the field to play the “SoundSport Anthem.”

Drum Corps International’s SoundSport program, now in its fifth year, continues to grow. According to SoundSport co-founder John DeNovi, the activity now boasts more than 150 registered teams from around the world, with events scheduled in 15 different countries spread across five continents. This growth has helped fulfill his vision of bringing marching music to the masses.

Upcoming SoundSport events hosted in conjunction with the 2018 DCI Tour will take place in Atlanta (July 28), Allentown, Pennsylvania (August 4), and the SoundSport International Music and Food Festival on August 11 in Indianapolis.