SoundSport’s Rocketeers blast off into the community

Home » News » SoundSport’s Rocketeers blast off into the community

The Rocketeers is a SoundSport team that started in 2011 as an all-adult brass ensemble. Since then the group has grown and found success in taking its act into the community.

Based in Huntsville, Alabama, known as “The Rocket City” due to its long involvement with NASA, the ensemble, consisting of about 20 horns and a drum set, made one of its first performances during the DCI North Alabama show at Alabama A&M in 2014.

After that exposure, director Bill Gullatt says that he started receiving inquiries from youth to join the all-adult ensemble. “That made us rethink our all-adult status and become an all-age group,” he says. 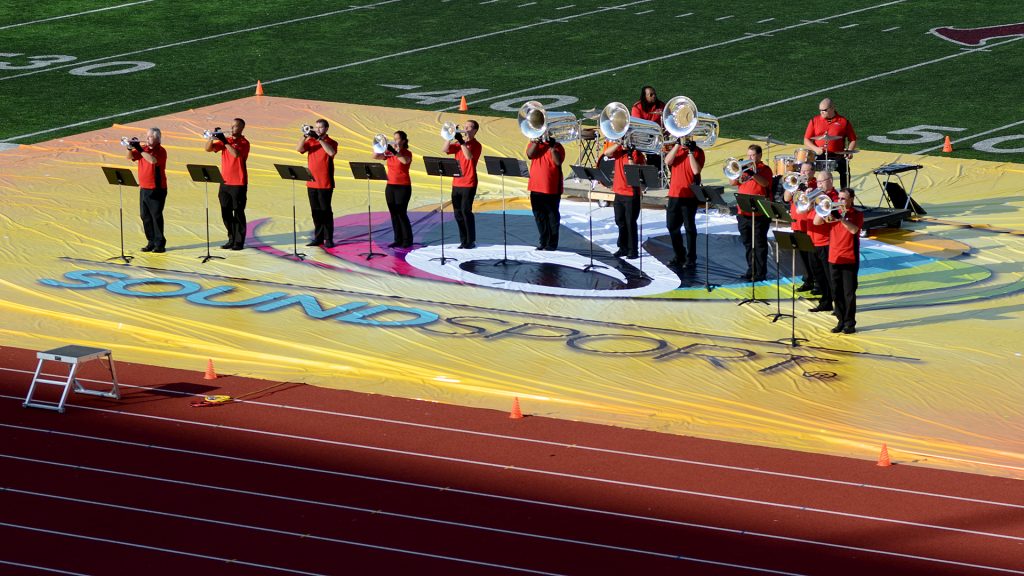 The Rocketeers perform during a SoundSport event in Huntsville in 2014.

Outside summertime SoundSport events, in the following two years, the ensemble has found a niche performing within the local community. Opportunities have included playing for a cancer benefit at a local brewery and St. Patrick’s Day and Christmas parades in Huntsville and Madison, Alabama. With the flexibility to stay active all year long, the group has also performed at two shopping centers during Christmastime and has also filled in as entertainment at the University of Alabama-Huntsville hockey game while the university pep band members were away on their Christmas break.

Since becoming an all-age group, recruitment has been focused on youth through contacting local high school and college band directors. Gullatt says that adults generally find out about the unit from its community appearances. “It’s important for us to continue doing local performances to keep the ensemble in front of the public,” he said. 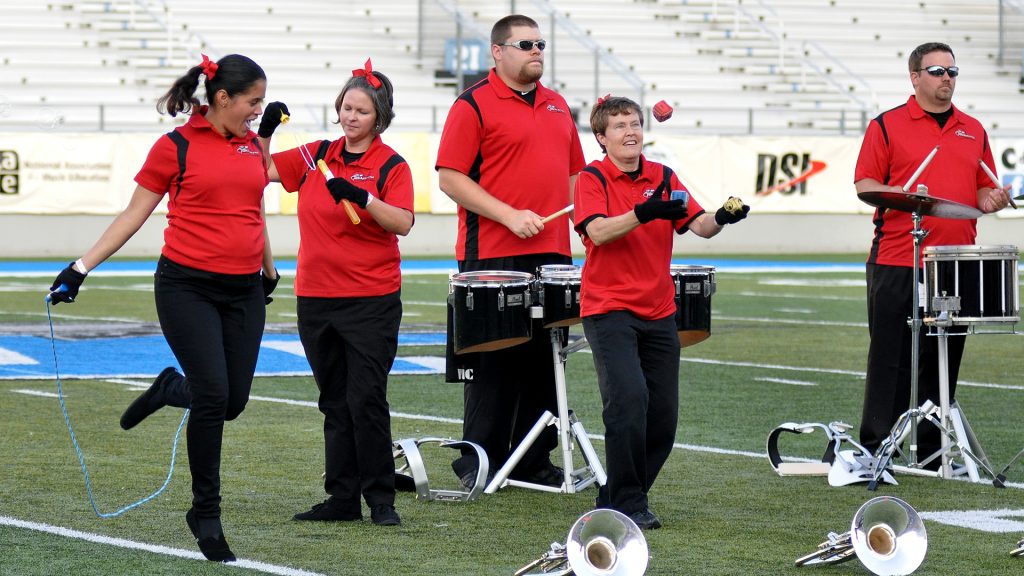 Rocketeers members have some fun on the field of Middle Tennessee State University during a 2015 performance in Murfreesboro.

According to Gullatt, being a part of SoundSport gives the Rocketeers “an opportunity to perform at many more venues. The evaluation model allows for feedback from adjudicators that we can use to grow our ensemble and develop better performers. It also gives our organization credibility to be tied in with Drum Corps International, validating our community-based group as an organization that is developing musically.”

Gullatt says that goals for his group in 2017 include having 35 members to perform at SoundSport events in Woodstock, Georgia and Atlanta before traveling north to participate in the SoundSport International Music and Food Festival during the week of the DCI World Championships in Indianapolis.

“We’ll use the two weeks after that southern ‘mini tour’ to tighten our show in order to make a great impression at our very first performance as a SoundSport team in Indianapolis.”